Things To Do In Taos

Visit the Río Grande Gorge Bridge in the morning or late afternoon, when dramatic shadows reveal the gorge’s staggering dimensions and beauty. Park at the West Rim rest area (northwest of Taos on U.S. 64) and walk onto the span for vistas of the gorge and the Río Grande, 650 feet below. A nine-mile (one-way) trail from the rest area along the West Rim offers a scenic hike, or go a short way for great shots of the bridge itself—recognized in 1996 as the most beautiful long-span steel bridge in the nation by the American Institute of Steel Construction, and often featured in movies. 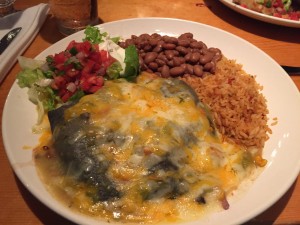 Local and organic food is at the top of Taos’s menu. The Love Apple’s romantic dining room is in a cozy former chapel. The organic, seasonal menu might offer chicken confit tacos with cabbage slaw, toasted pepitas, and green-chile crème fraîche . Taos Farmers’ Market is a community celebration on Saturday mornings at the Taos Plaza from May to October, with locals comparing recipes between tastes of goat cheese, breads, and honeys. Family-owned Cid’s Health Food Market has tempted taste buds with organic and gourmet, and has a growing selection of takeout food alongside the grocery shelves.

The Earthships on the mesa west of Taos were pioneered by architect Mike Reynolds, the subject of the documentary Garbage Warrior. These striking, off-the-grid homes are built with recycled materials, including tires, bottles, and cans, and are mainly solar powered. Learn more at the Earthship Biotecture World Headquarters and Visitor Center and learn what it means to live “off the grid”.

Back in 1898, when artists Ernest Blumenschein and Bert Phillips’s wagon broke down as they were traveling through, it was Blumenschein who lost the coin toss and headed into Taos to get the wagon wheel repaired. He noticed, “The sky above was clear, clean blue with sharp-moving clouds. The color, the reflective character of the landscape, the drama of the vast spaces, the superb beauty and severity of the hills, stirred me deeply.” He convinced Phillips to end the trip here. They launched an art colony that thrives to this day, with important artists such as Joseph Henry Sharp, E. Irving Couse, and Oscar E. Berninghaus paving the way for notables like Walt Gonske, Chris Morel, Ray Vinella, Miguel Martinez, and Thom Wheeler.

Seven miles north of town, en route to Taos Ski Valley, Arroyo Seco is a sweet spot to pause—especially for Lavendar or Piñon Caramel ice cream by the creek outside the Taos Cow Scoop Shop, Cafe, and Deli.

“You want to sing country music, you go to Nashville. You want to make pottery, you come to the Southwest,” says Logan Wannamaker of Taos Clay, who offers half-day pottery workshops. Wannamaker fires my vase in his outside kiln, then we cool it in a metal trash can filled with newspapers. 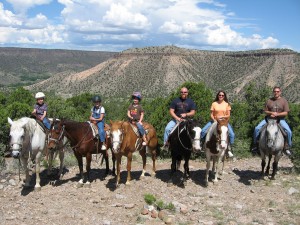 Wild Earth Llama Adventures will take you on a four-to-10-mile lunch hike into the wilderness of the Sangre de Cristo Mountains at elevations above 8,000 feet (your llama carries lunch and gear); an eco-guide points out flora and fauna. The Taos Fly Shop teaches fly-fishing in secluded, private stretches of the Brazos, Conejos, and Chama rivers. Balloon flights over the Río Grande Gorge are the specialty at Pueblo Balloon Company. White-water rafting with Los Rios River Runners offers river trips from a few hours to three days for all skill levels, ranging from floats on the Río Chama to the thrilling Class IV white-water rapids of the Taos Box. Hike to Williams Lake, Wheeler Peak or the Italinos Cayon Trail and enjoy the scenic views and fresh air.

Twirl Toystore and Playspace is a kid’s dream come true, in a warren of rooms where artist Agnes Martin once lived. Spot the wishing well, and explore the free courtyard playspace, which feels like a magical secret garden with a huge climbing structure, crazy mirrors, tree house, slide, and sandbox. The mom-owned toy shop focuses on educational toys and games; the free activities include ballet and music-making for preschoolers, and crafty sessions for kids of all ages. Who doesn’t love a s’more made from the chimenea located at Taos Lodging – use Reses Peanut Butter Cups…yum.

For winter athletes, nothing beats the world-class Taos Ski Valley alpine resort, which boasts adrenalin-pumping vertical runs down the Sangre de Cristo Mountains northeast of town. The resort has a base elevation of 9,207 feet and lifts that take you to 11,819 feet. It offers 113 trails, 50 percent of them Expert, and the rest evenly divided between Intermediate and Easy. It offers spiky summits, distant chutes, and undulating cruisers on immaculate, fluffy mountain powder. The ski slopes are usually open Thanksgiving Day until the first Sunday in April. There is also late night tubing for the family at a modest price on Strawberry Hill.

Descendants of the area’s earliest residents still live at Taos Pueblo, a National Historic Landmark and a UNESCO World Heritage Site. Get a taste of what life on this continent was like before contact with Europeans while viewing the Pueblo’s multistory adobe dwellings, built at the foot of Taos Mountain between AD 1000 and 1450, and said to be the country’s oldest continually inhabited community. The traditional buildings have no electricity, and drinking water comes from the river. I recommend taking the tour with a Pueblo guide for more intimate insight into this sovereign nation’s history and culture. It’s also worth buying a photo permit; photo ops include the beautiful 1850 San Geronimo chapel.

Museum with the Most

At The Harwood Museum of Art you’ll find many prized historic pieces, as well as selections from John Marin and Marsden Hartley and contemporary work from the Taos Moderns. The permanent collection includes over 3,000 works, including those of Agnes Martin as well as contemporaries like Lee Mullican and Larry Bell.

Get Your Java Buzz 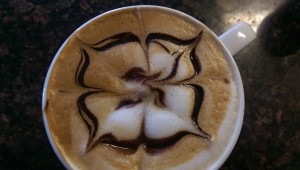 At World Cup Café, rub shoulders (literally, in this snug space) with Taos writers and artists fueling the muse with an orange-zest Mocha Borgia—or people-watch from an outside bench on the Taos Plaza corner . The counter at Michael’s Kitchen Cafe and Bakery is the best place to stop for a cup of coffee and fresh bakery goods – right across the street from Taos Lodging.

Wabi-Sabi is a Japanese aesthetic that appreciates imperfect or ordinary beauty. It’s also a cool Taos boutique for home goods, gifts, and teas. “Taos is really Wabi-Sabi!” says owner Cassandra Bates. “Think about the things you love about Taos: It can be a latilla fence leaning in the wind with the sunlight hitting it just right. Someone might see it as disheveled, broken down. Another person sees it as beautiful and perfect, just the way it is”. Right next door is the funky shop Moxy which offers that eclectic gift and high quality knitting supplies.

A Brew for You

Microbreweries are all the rage here. Taos Mesa Brewing Company is in an old warehouse west of town, with handcrafted beers like Lunch Pale Ale and Fall Down Brown, and bratwurst and burgers, accompanied by local jam bands. Situated just off the Taos Plaza in a nearly 100-year-old adobe house, the cozy Eske’s Brew Pub and Restaurant, a longtime Taos fixture, serves up Beer-Battered Club Sandwiches with such special offerings as pumpkin, peach, and chile beers. And at Taos Ale House there are home-brewed pints and guest taps like English Stout and Belgian tripel, served with a burger. Don’t forget to stop in the heart of town at the Taos Inn for a Cowboy Budda Margarita – order just one unless you are walking home.